What are modern applications and what do they mean for you? - TmaxSoft
Download a 30-day trial of Tibero, the RDBMS of choice for the virtual data center.
Free trial
x

What are modern applications and what do they mean for you? 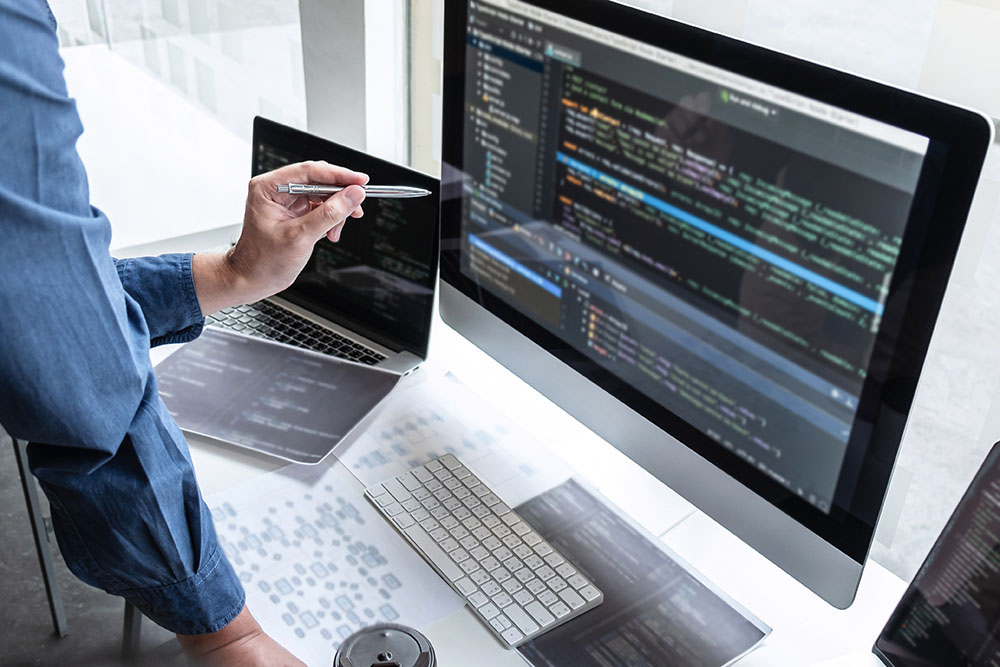 Modern applications scale quickly to potentially millions of users, are highly available globally, manage petabytes of data or more, and respond in milliseconds. We owe their beginnings to the ubiquitous rally cry to “innovate and respond to change faster!” Thanks to the COVID-19 pandemic, this cry is now more insistent than ever. To create a workforce from home, organizations stepped up their digital transformation in the form of cloud migration and modernization. As a result, modern applications have come into their own.

Now that some of the biggest names in business have released applications that do cool things from the cloud and excite consumers, the race is on to build more of them. In this article, we break down modern applications for you and explain how they relate to mainframe modernization.

What is a modern application?

A modern application covers use cases that include web and mobile backends, IoT applications, AI/ML workloads, batch processing, shared services platforms, microservice backends, and more. Developers and IT organizations build them with a combination of modular architecture patterns, serverless operational models, DevOps, DevSecOps, low-code, and agile development processes. A modern application is an answer to the slow, ponderous, and long release times of monolithic software because it offers greater scalability, portability, resiliency, and agility.

Scalability is important because millions of users around the world want to use applications on demand (think Uber or Amazon). Usually, a modern application runs on multiple and hybrid clouds, which delivers the portability to meet the needs of enterprises with different cloud providers and a mix of environments. It is built to stay up in a disaster, during network unavailability, and through other causes of downtime, which makes it resilient. It is easy to change or update rapidly, providing the agility to address almost any new technological or consumer development.

What are modern applications made of?

Modern applications vary widely in form and function, but they share these common practices and components.

Microservices and APIs are instrumental in reusing existing code, which reduce work and increase application throughput. Developers build modern applications in small chunks called microservices that can be incrementally pushed to testing and deployment. This promotes reusability, which is the process of developing each chunk for deployment to multiple applications. Modern applications also use standards based application programming interfaces (APIs) to connect microservices, offer access to legacy data, and reduce the need to write complex integration code.

DevSecOps, often referred to as “shift-left security” is the process of making security part of the modern application’s design rather than adding it as an afterthought. DevSecOps says goodbye to the endless testing and defect resolution that holds up the release of traditional application into production and to the market. Developers check code into a repository and during that process, the code is scanned for vulnerabilities.

Modern applications and continuous integration and continuous deployment (CI/CD) go hand in hand. CI/CD creates pipelines for rapidly testing and release smaller code increments. As a result, IT organizations can launch a large number of small code releases with fewer defects rather than one huge code release a year.

Automation technology underpins modern applications. Using the power of cloud and AI, modern software applications can scale on demand and be provisioned and de-provisioned automatically. They rely on orchestration tools like Kubernetes to manage container deployment and infrastructure as code to provision the entire technology stack for an application. Infrastructure-as-code technology enables anything to be source code — servers, firewalls, routers, load balancers, identity permissions or all of it.

Modern applications: What’s mainframe modernization got to do with them?

Modern applications are cloud native. They will not run on aging mainframe hardware infrastructure in an on-premises data center, nor can you build them on that kind of technology stack. They need the cloud for development and to run. If you’re thinking that you will just stick with the applications and mainframe you have now and try to rearchitect them to be more flexible, portable, available, resilient, and agile, the likelihood of success is slim.

For example, banks and healthcare organizations have had difficulty delivering the kinds of mobile applications their customers and patients expect from on-premises data centers and infrastructure because of their underlying legacy source code.

The good news is that it is possible to migrate your legacy applications to the cloud and, once there, you can rearchitect them as modern applications. All you need is a mainframe and legacy modernization platform. This platform takes your existing mainframe applications and transforms them into a Java microservices architecture in the cloud. It automatically converts source code, data, security, online/batch processing, and your data tier.

The result is a cloud-native technology that can form the foundation for modern application development. Other benefits are access to widely supported technology, lower TCO, and rapid deployment of new features and applications.

Thinking of all the modern app innovating you can do with a more flexible and scalable cloud environment?

TmaxSoft OpenFrame is a mainframe and legacy modernization platform that can easily tackle your IT modernization projects. It moves you through the rearchitecting steps at your pace, automating many of processes until you’re completely free of your legacy. To learn more about how OpenFrame can get you on the fast-track to IT modernization, view this “Powerful IT Modernization Strategies” webinar.